The Scuttlebutt in the SCOTUS

You wanna talk preserving the meaning of marriage and denying two people who love each other the right to commit to each other legally and publicly, I would like you to consider the following:

I'll see your DOMA and raise you a Cougar in Training. 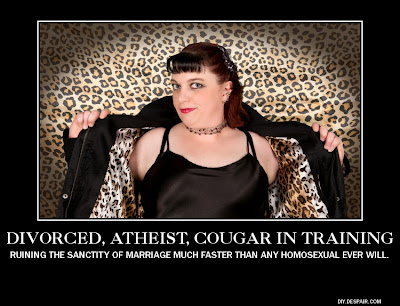