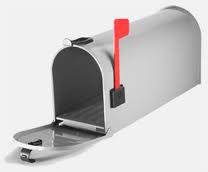 As my time at my current employer winds down, it has gotten me thinking about all of the interesting times I've had doing this sort of thing over the years.  Working in a job that requires you to talk to End Users all day frequently offers up a platter full of confusion, comedy, frustration, and non-recreational hair pulling.  Usually.  It’s not always the callers though.  Sometimes it’s the management.  Let me tell you about the time I worked for a large purveyor of data in the area.  You know, the people who you buy your mailing lists from.

My boss was an ex-marine.   He staffed his help desk entirely with young, busty, virile women.  Think about that for a moment.  When you picture help desk employees, what comes to mind?  My best guess is that it doesn’t include attractive, 20 something women, does it?  And yet, that was what all 6 of us were, to varying degrees.


Anyway, moving on.  His management style included yelling, throwing office furniture around, and leaving hostile notes around for you rather than having a closed door conversation about a concern he had.  I loved how he told all of us to behave like the salaried professionals we were by leaving sternly worded passive aggressive notes on our chairs.  Though, perhaps the most interesting example of his methods of shaming his employees was to send you a scathing email out of the blue and CC HR on on it.  It's as if involving HR was his method of scaring you back on his version of the straight an narrow.  (Though, as my young, 20-something self learned, when you decide to give them a taste of their own medicine by doing the same thing back, some people turn awfully funny colors when they get angry.)

I think my favorite way of accidentally getting myself in hot water was the time I made him sleep on the couch for a month by following protocol.  I worked the late shift at this gig, and I was the only one in the office for the last hour of business.  It was common practice for the boss to skate out around 3:30 or 4:00 to head to the bar before heading home.  Also, he’d take the cool kids with him.  And by cool kids, I mean the blondes in the department.

This is all well and good, until you sneak out of the office early on a lovely fall night to get in a round or two at happy hour in a very noisy bar.  It’s not enough to carry your phone, but you have to hear it ring too.

So, when the site went down, I pulled out the phone list.  First call went unanswered, so I left a message for the boss and called his backup.  That call also went to voicemail.  I would put money on the fact it was because he was at the same noisy drinking establishment and neither heard their phone ring.  Per protocol, the next step was to call their home numbers.  After about the third ring on the boss’ line, a woman who I can only assume was his wife answered.

Now, let me pause a moment to tell you that there were rumors floating around the office that the boss and the tallest, most alpha blonde in the office were having an affair.  They were awfully chummy.  I mean, she’d include his middle name when she’d playfully admonish him, and they went to an awful lot of “long lunches” together.  People talked.  I didn’t have proof that it was true, but it made you think.

I say this, because when I said who I was and asked if her husband was there, I think the receiver on the phone actually dropped 20 degrees in an instant.  She answered in a very dry, measured tone, “No, he’s not here.  He’s at work.”.  Uh oh.  I just outed the boss for not being where he told his wife he would be.  Fuck.  Now, how to recover?

“Um, ok.  Ok.  He probably just stepped away from his desk.  Since we’re in the basement, we can’t get cell reception down here at all.  I didn’t know where else to call.  Sorry.  I’ll keep looking for him about the outage.”  I hoped that I sounded sure enough that he actually was still in the building to keep her from seething until he got home.  Oh boy, did I hope.

All of those optimistic thoughts were for naught though.  That wasn’t enough.  I can only imagine that when the boss did finally stumble home that night, he was met by a very angry wife.  And boy, was I never allowed to forget it.

Not that I was ever confronted directly, but it would have taken someone who can’t put two and two together and come up with four to not make the connection.  For the duration of my tenure that that company, I was the whipping boy of the department.  When it finally became too much, I decided that my sanity and self-respect were worth more than the paycheck, and I quit .

that was the only time in my life that I planned to leave a company in secret.  I did so by slowly packing up my possessions at the end of each night and quitting without notice.  On my final day, I came in, grabbed the last of my items I’d asked a friend of mine to throw together, and marched up to HR to tell them I was quitting, effective immediately.  (The way I remember it, their reaction was a simple, "wow.".  Part of me felt like an asshole, but the rest of me thought I'd taken enough.)

I never did see my boss that day as he had the door to his office closed when I came in, and when I left.  Too bad, because I would kinda like to watch an aneurysm happen in front of me, eventually.

Bonus fun fact:  This manager not only lived in my subdivision, but on the same block as one of the exits from the neighborhood.  That was an interesting year or so before he and his family sold their house and moved away.
Posted by Ephemily at 8/30/2012 04:51:00 PM